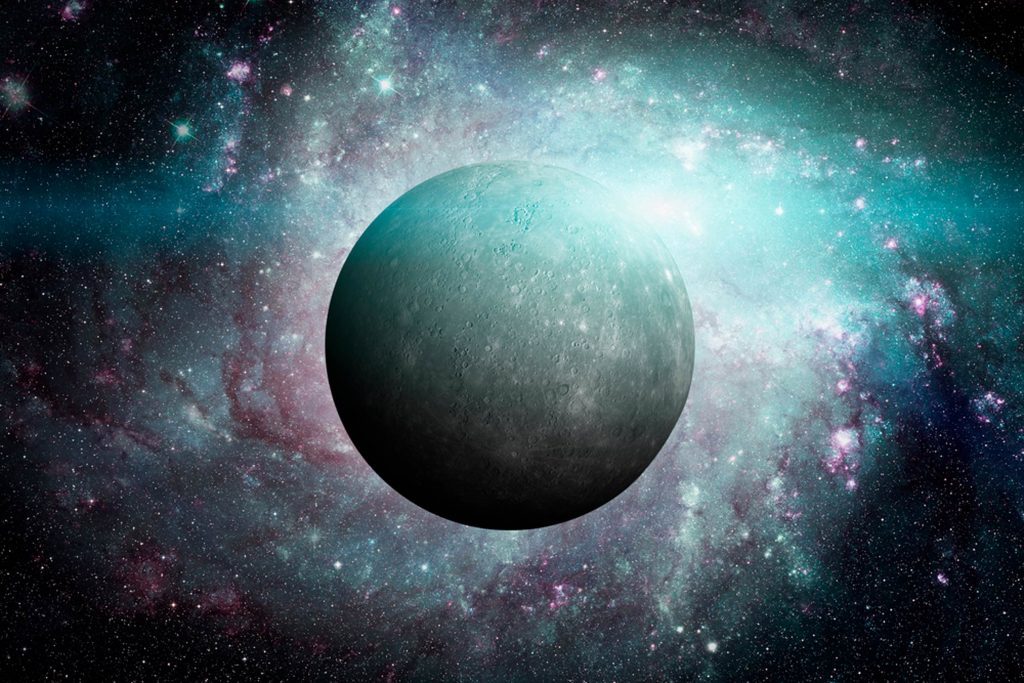 This planet is the reason behind all your bad luck lately.

You can blame an "off-day" on any number of things: lack of sleep, stressful situations, beautiful weather that distracts you from getting anything productive done. Or you can point fingers at the planet Mercury.

Mercury in retrograde is both a real astronomical event and an astrological crisis. Retrograde motion describes when a planet looks like it's changing its normal orbit even though its really not. In Mercury's case, the planet looks like it's moving backwards, but we just perceive it that way because of how Mercury and Earth move relative to the sun.

Mercury completes its orbit around the sun much more quickly than Earth; one year on Mercury is only 88 Earth days. When Mercury passes Earth in its orbit, to us it looks like the planet is moving backwards. The same principle can be applied to when you pass cars on the highway. It looks like the cars behind you are moving backward because you're moving faster past them.

Mercury's case, this happens about four times every year and can last between a week and three and a half weeks before the planet appears to move forward again. If you ever want a quick answer to whether the phenomenon is happening, just go to ismercuryinretrograde.com.

For those who follow astrology, Mercury retrograde has an entirely different significance. They believe that the position of the planets can impact your health, your romantic interests, and other parts of your life. So when a planet is in retrograde, it goes dormant, disrupting everything it controls in your life. And Mercury is in charge of a lot of them: intelligence, memory, communication of any kind, listening, contracts, commerce, computers, and transportation.

So what does that mean for you? It's recommended that people don't start anything new while Mercury is retrograde—starting a new job, buying a new apartment, traveling to a new place—and instead focus on reassessing parts of your life. Now, astronomers say that the planets zero effect on any part of our lives. However, you can still use this phenomenon as good excuse to reevaluate where you're heading—in your career, romantic life, or personal well-being—and figure out if it's where you want to be going.

So if your computer crashes during retrograde, it won't automatically be fixed when Mercury returns to its "normal" orbit. But blaming a planet for your problems is probably healthier than blowing up at your IT department.

This Is What It Means When We Talk About "Mercury in Retrograde"—And Why You Should Care, Source:https://www.rd.com/article/mercury-in-retrograde/