Diet Soda No Better Than Regular Soda for Heart Health 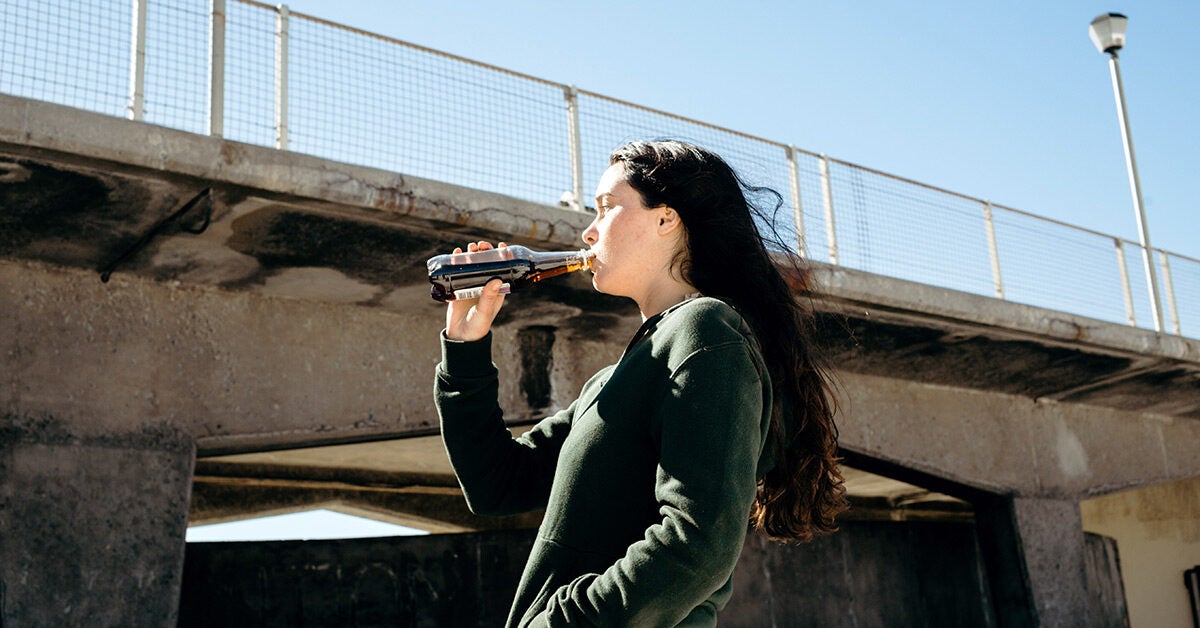 "This study demonstrates that high consumers of sugary drinks and artificially sweetened beverages both had a higher risk of a first cardiovascular event," continued Mintz. "This study is further proof that drinks with artificial sweeteners are unhealthy. Artificial sweeteners have been associated with weight gain, insulin resistance, and diabetes."

The research, published this week in the Journal of the American College of Cardiology, looked at data from over 100,000 participants in the NutriNet-Santé cohort, an ongoing, online study in France that has participants record their diet, activity level, and health status at 6-month intervals.

"Sugary drinks consumption has increased worldwide in recent years while evidence demonstrating their detrimental impact on cardio-metabolic health is accumulating," said Eloi Chazelas, PhD student, lead author of the study and a member of the Nutritional Epidemiology Research Team, told Healthline by email.

For the study, Chazelas and team divided volunteers into three groups: non-users, low-consumers, and high-consumers of either diet or sugary beverages.

The sugary beverages included soft drinks, fruit drinks, and syrups that contained at least 5 percent sugar and 100 percent fruit juice. Diet drinks were those that contained artificial sweeteners like aspartame, sucralose, or a natural sweetener like stevia.

Chazelas and team then separately compared sugar/diet-drinking habits to find any first cases of stroke, heart attack, sudden reduced blood flow to the heart, or angioplasty, according to the study.

Researchers next eliminated early cases of heart disease in the first 3 years of the study to adjust for confounders that might skew the data and found a statistically significant association between artificial sweetener use and heart disease.

"Higher intakes of sugary drinks and ASB [artificially sweetened beverages] were associated with a higher risk of CVD [cardiovascular disease], suggesting that ASB might not be a healthy substitute for sugary drinks," the study authors wrote.

According to Dr. Richard C. Becker, professor of medicine and director of the Division of Cardiovascular Health and Diseases, University of Cincinnati Heart, Lung and Vascular Institute, there appears to be no benefit in choosing artificially sweetened drinks over sugary beverages for heart health.

"Water, water, and more water should be the beverage of choice," he said. "Given childhood obesity, no sweetened or unsweetened [artificially sweetened] beverage should be a staple in their diets."

While finding an unsurprising association between consuming sugar-laden drinks and cardiovascular illness, researchers also discovered that people who drink diet versions of those drinks with artificial sweeteners like sucralose, aspartame, and stevia experienced almost the same health risks, compared to their participants who didn't report drinking any sweetened beverages.

According to Chazelas, previous research supports his findings, "Studies suggest that [artificial sweeteners] may potentially have adverse metabolic effects such as increased adiposity, impaired glucose homeostasis, and hyperinsulinemia, as well as alteration of gut microbiota."

"There is no evidence to suggest a place in heart health," insisted Becker. "In fact, the reverse may be true."

He emphasized that "the mechanism for determinant is an area of intensive investigation," and at least two possibilities may explain the study findings.

"One is that individuals consuming artificial sweeteners may still eat an excess of calories," said Becker. Another is, "artificial products may confuse or alter the intestinal microbiome with negative consequences."

"Contrary to the claims made in this publication [the Chazelas study], there is actually no evidence that low/no-calorie sweeteners would increase the risk of cardiovascular disease, nor a plausible mechanism by which they could cause heart disease in humans," the International Sweeteners Association (ISA) said in a statement.

The ISA also claimed that Chazelas' study only briefly described "the results of an analysis of data from the NutriNet-Santé Cohort."

The Association pointed out that this was an observational study that does not show a cause-and-effect relationship. Additionally, the study authors admit that other factors that can cause these effects can never be fully eliminated from this observational research.

Healthline reached out to the American Beverage Association (ABA) for comment, and spokesperson Danielle Smotkin, senior director, communications, for the ABA responded by email.

"Low- and no-calorie sweeteners have been deemed safe by regulatory bodies around the world and there is a substantial body of research, including a study by the World Health Organization, that shows these sweeteners are a useful tool for helping people reduce sugar consumption and manage weight," she wrote.

Smotkin also cited other studies as showing the safety of artificial sweeteners.

New research finds an association between consuming artificially sweetened beverages and cardiovascular disease — however, the study couldn't prove that sweeteners caused disease, only that there was an association.

Experts say that there's no place in a heart-healthy diet for artificially sweetened beverages, and that water is the healthiest drink we should regularly consume.

However, the World Health Organization (WHO) has reviewed hundreds of studies to find no conclusive evidence that artificial sweeteners put people at risk for weight gain or disease.