As Many as 130,000 Lives Could Be Saved the Next 3 Months If Everyone Wore a Mask 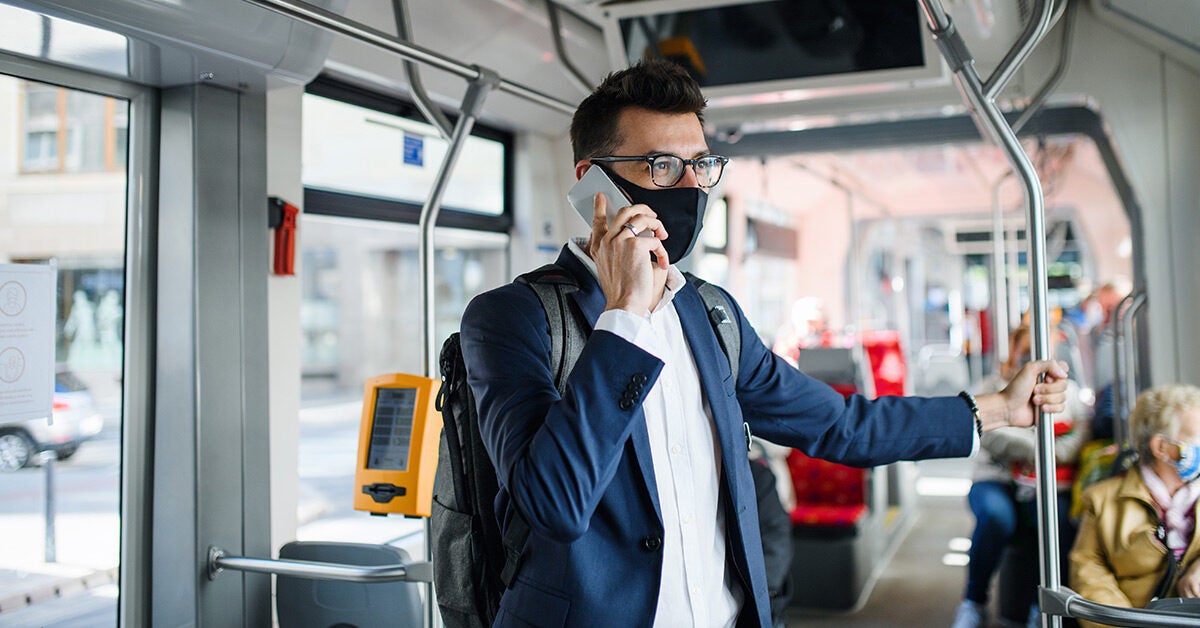 "We are truly at war with this virus… But we have a secret weapon – the American spirit in each and every one of you. So please – be a Patriot. Limit interactions outside your household and wear a mask."

That plea via Twitter was made by U.S. Surgeon General Jerome M. Adams, MD, MPH, as the COVID-19 pandemic surges at unprecedented numbers.

As of Wednesday, more than 250,000 people in the United States have died from COVID-19. More than 11 million have tested positive for the new coronavirus, SARS-CoV-2, that causes the disease.

In addition, a new projection from the Institute for Health Metrics and Evaluation (IHME) at the University of Washington predicts the COVID-19 death toll could surpass 438,000 by March 1 if current trends continue.

The IHME scientists note, however, that this death toll isn't inevitable.

Even if only 85 percent wore a mask, nearly 96,000 deaths could be prevented.

The Centers for Disease Control and Prevention (CDC) now says wearing a mask also protects you, not just the people around you.

In an updated scientific brief released last week, the CDC says it has confirmed seven studies that show wearing a mask also protects the person wearing it.

And the report says by wearing a mask, you can help protect the economy, too.

The CDC says a data analysis shows that just a 15 percent increase in mask wearing could prevent the need for lockdowns and help reduce economic losses up to $1 trillion.

A new study published in the journal Aerosol Science and Technology suggests that a simple cloth mask can be quite effective.

UCLA researchers reported that a cough could send particles more than 6 feet away without any face covering. But a two-layer cloth mask reduced cough particles by 77 percent.

"That's actually more than I expected before I started the experiment, that's good news," said Yifang Zhu, PhD, a professor of environmental health sciences at the UCLA Fielding School of Public Health.

She said surgical masks you can purchase at a pharmacy worked even better.

"The disposable masks we tested are actually quite effective. They can offer somewhere around 90 percent reduction of particles," Zhu told Healthline.

"Aerosol droplets just come around the gaps and are transported away very easily," Zhu said.

Despite the studies, the warnings, and even mandates, people in the United States are still not wearing masks in the numbers needed to contain the coronavirus and save lives.

The scientists at the IHME estimate that national mask usage remains around 67 percent.

Mask wearing has become a matter of politics versus science. Those opposed have dug in their heels.

"During the vaccine wars, psychologists taught us that this is a totally normal human response," he told Healthline. "When people have very strongly held beliefs, they double down on their belief. You get into a defensive crouch, and that's what we see happening across the country."

Schaffner said establishing a science- and public health-based national approach is going to be difficult.

"It will be akin to turning the proverbial ocean liner. It will require persistence and it will go very, very slowly," he said.

"Other countries have done this. New Zealand, Australia, Japan, South Korea, [and] China has done this," Schaffner noted. "They now count the number of new COVID infections on the fingers of their two hands in that enormous country. It can be done."

"We just have to keep delivering the right message to the public that everybody has to do their part," Zhu added.

"We are all in this together. It's going to take leadership and role modeling in our country to get the message across," she said.

The incoming administration says fighting the pandemic is a top priority and has set up a 13-member COVID-19 task force.

During the campaign, Biden had called for a national mask mandate, but experts say that wouldn't be enforceable.

Instead, on its COVID-19 web page, the transition team says its goal is to "implement mask mandates nationwide by working with governors and mayors and by asking the American people to do what they do best: step up in a time of crisis."

The current surge has moved some Republican governors to abandon their alignment with President Trump and reverse their stance on masks.

On Friday, Gov. Doug Burgum of North Dakota ordered residents to wear a mask indoors as well as outside if they can't physically distance.

Pennsylvania already has a mask mandate, but after a recent steep uptick of some 5,000 new COVID-19 cases a day, Gov. Tom Wolf, a Democrat, is tightening the rules.

The new restrictions even include wearing a mask in your own home if you have people present who are not part of your household.

As Many as 130,000 Lives Could Be Saved the Next 3 Months If Everyone Wore a Mask, Source:https://www.healthline.com/health-news/as-many-as-130000-lives-could-be-saved-the-next-3-months-if-everyone-wore-a-mask