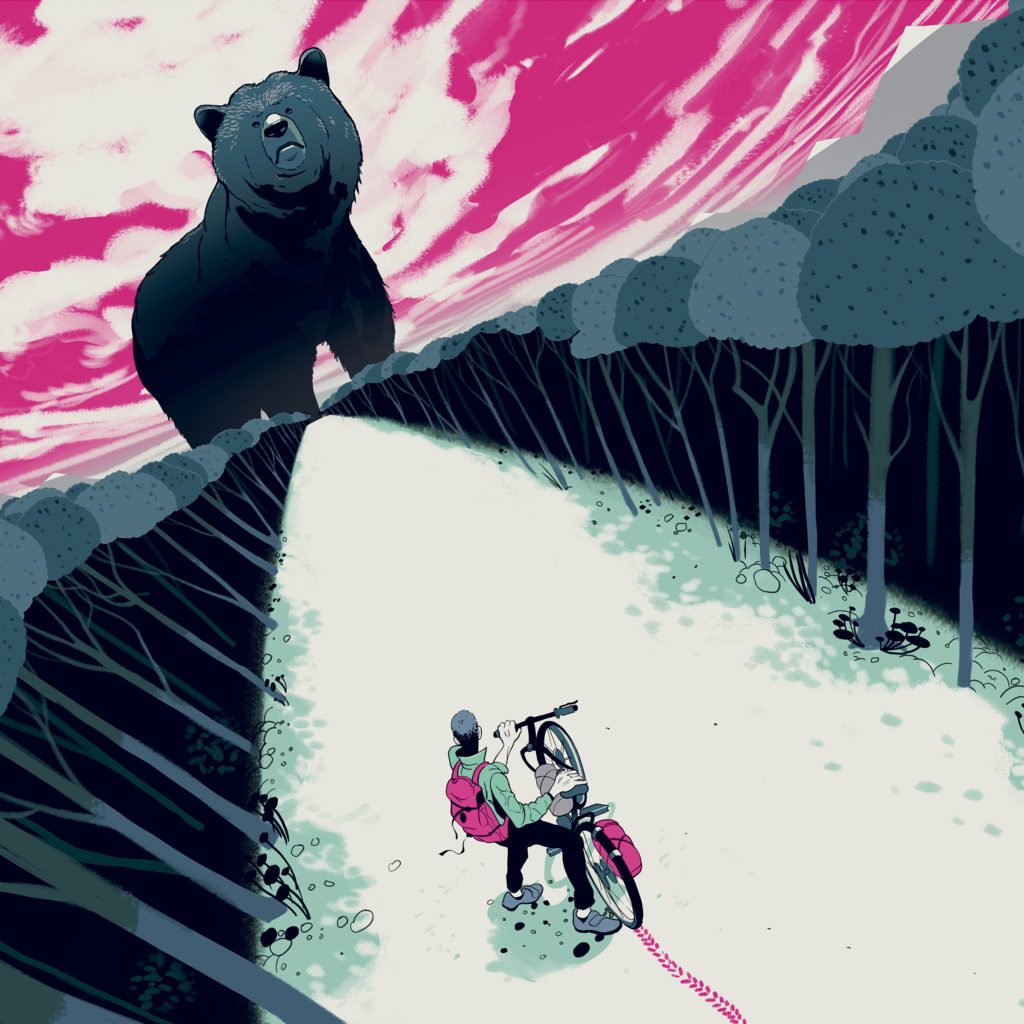 Ever since he was a kid growing up on Quadra Island (approximately 2 km east of Vancouver Island off Canada's west coast), Colin Dowler pushed himself to do more, go faster, and scale bigger heights, despite having a small physique and a nagging congenital knee disease. Jenifer, his wife of 16 years, often found herself telling him to slow down. When he skied, he raced the double-black diamond runs. When he rode his mountain bike, it was on the bumpiest terrain. If he wasn't a little scared doing something, he didn't think he was doing it right.

In July 2019, to celebrate his 45th birthday, he booked off a week from his job as a maintenance manager for the Vancouver Island Health Authority in Campbell River on eastern Vancouver Island, where he lived with Jenifer and one of their daughters. He planned to spend two days on his own, scouting a route he'd eventually use to climb Mount Doogie Dowler with his older brother, Paul. The peak, standing around 2,000 meters in the Coast Mountains in southwestern British Columbia, was named after Colin's late grandfather. It had always been a point of pride for their family that Grandpa Doogie was immortalized in nature. But none of the Dowlers had ever climbed to its summit.

Jenifer didn't like the sound of her husband's latest plan. She was used to Dowler going on solo adventures, but this time he'd boat to an obscure bay, bike an unpopulated road, hike through grizzly country, and camp overnight, alone. There was too much room for disaster.

"If I'm not home by eight o'clock Monday evening, you should start to worry," he said.

Jenifer laughed. It was practically her husband's motto.

The night before his journey Colin packed sparingly. He ditched his usual tent to experiment with a bivy sack—a person-sized portable shelter. He filled the remaining pockets of his bag with a handheld GPS, hiking poles, his homemade venison pepperoni, and a few other essentials. Instead of his usual Swiss Army knife, he took a three-inch stainless steel pocket knife given to him by his dad.

Jenifer—who was planning her own overnight trip with some of her family—and their daughter were still in bed when Dowler left his home at 7 a.m., his bike and boat in tow.

The weather that Sunday, July 28 was nice, which meant the parking spots at Campbell River's boat launches would fill up fast. Colin intended to stop at a tackle shop for bear spray, but as he thought about the time it would take, he drove past it, deciding the likelihood of a bear attack was small.

He knew he couldn't completely rule out the possibility, though. He'd had two grizzly sightings and countless black bear encounters in the past. But he'd always escaped unscathed.

Colin pulled into the Campbell River port and quickly launched and set off in his motorboat. More than an hour later, he arrived at Ramsay Arm, an inlet on the mainland, and found a spot to tie the vessel near a logging camp.

As a former worker in the logging industry, Colin knew it was good practice to check in at the mess hall. "Is there anything you need?" Vito Giannandrea, the camp cook, asked him.

After finding a can, Vito offered him a ride partway in. They trucked along an overgrown logging road until the forest got too thick. As Colin leaned his mountain bike against a bush to retrieve on the way back, Vito took a picture of him with his phone. "So we have something to put on the milk cartons if you don't come home," he joked.

With the bear mace in one pocket and the knife from his dad in the other, Colin started hiking. After traversing steep terrain and thick forest for about an hour, he started marking his trail with blue ribbons. He made lots of noise to ward off any curious creatures. Near the end of the day, he realized the canister of mace was gone. It must have slipped out of his pocket when he had stopped to rest and check his position.

This Biker Was Attacked by a Bear with Only a Pocket Knife to Defend Himself, Source:https://www.rd.com/article/a-scream-in-the-wild/