This Is Why Alex Trebek Never Wanted to Retire 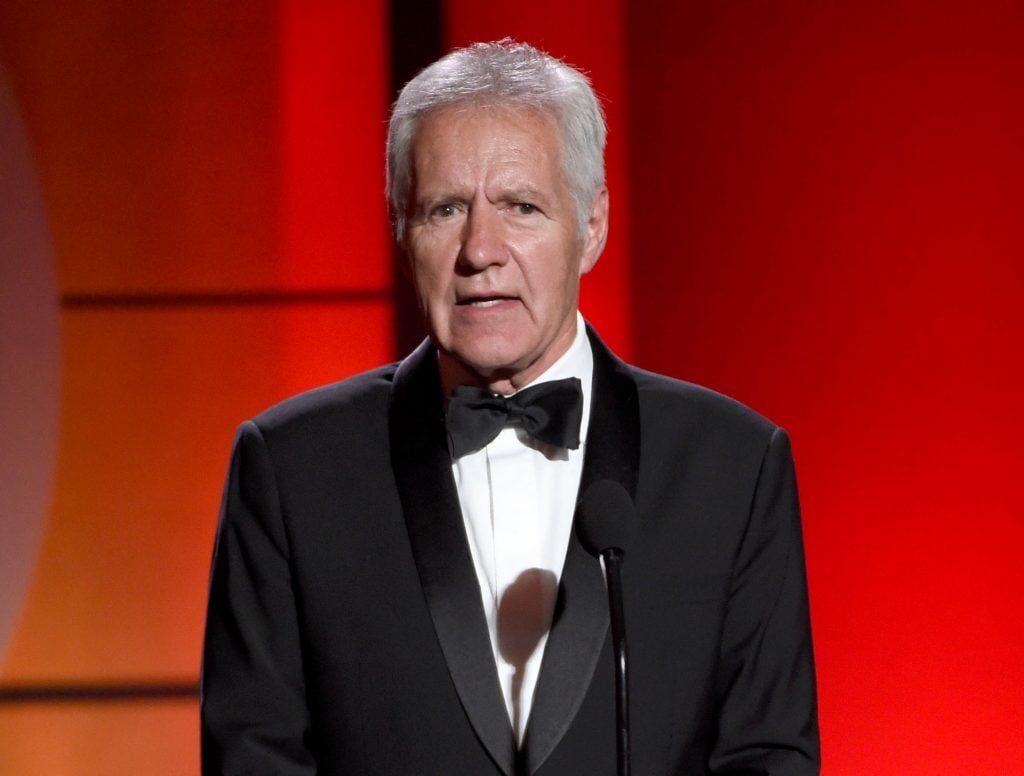 For 55 years, Jeopardy! has been a staple in American households, with longtime host Alex Trebek becoming an honorary family member to many viewers. But there's one Jeopardy! question even the most diehard fans would likely get wrong: when will Alex Trebek retire? The answer might be sooner than you think.

While many would start planning for retirement after more than three decades on a job, Trebek told People in March 2019 he'd be "lost" without Jeopardy! and he loves his role presenting trivia to eager contestants. The 79-year-old host, however, might be leaving the show sooner rather than later because of his battle with pancreatic cancer—which is so hard to treat.

Although he signed up for another three years on the show in November 2018, the host recently told CTV that his skills are starting to diminish. And when they really start to go, he'll likely leave Jeopardy!. "When I feel like my skills have diminished to the point I notice and [am] bothered by it, I notice now, but I'm not as bothered by it because all of the people around me are saying, 'No it's OK,'" Trebek says. "But there will come a point when they will no longer able to say, 'It's OK.'"

Before these recent changes in his health, Trebek had no plans of retiring early. "You get to a certain age, and if you've been doing the same show for 30 years, or the same job, whatever it is, for 30 years, wouldn't you think about retirement?" Trebek told People. "What am I gonna do? I'm enjoying myself, and I'm having a good time with what I'm doing now, but if I were to retire, what would I do? I'd be lost. My wife would say I'm getting on her nerves because I'm around all the time. I'm around most of the time anyway now except for two days."

In 2018, during an interview with TMZ founder Harvey Levin, Trebek recommended that hockey announcer Alex Faust or CNN legal analyst Laura Coates could be his replacements—they'd both have to brush up on these Jeopardy! categories that stump everyone if either decided to consider the job down the road.

During Trebek's health battle, the show and host kept a united front. Before his cancer diagnosis, he took a brief medical leave in 2018 after a fall, and he still came back. In September 2019, he went for his second round of chemotherapy, even though he was near remission in May. He returned to the show yet again and Trebek prioritized his work despite these setbacks. He'll continue to do so as long as the quality of his work doesn't decline.

This Is Why Alex Trebek Never Wanted to Retire, Source:https://www.rd.com/article/alex-trebek-never-retire/