Before You Question What to Call a Woman with a Doctorate, Read This 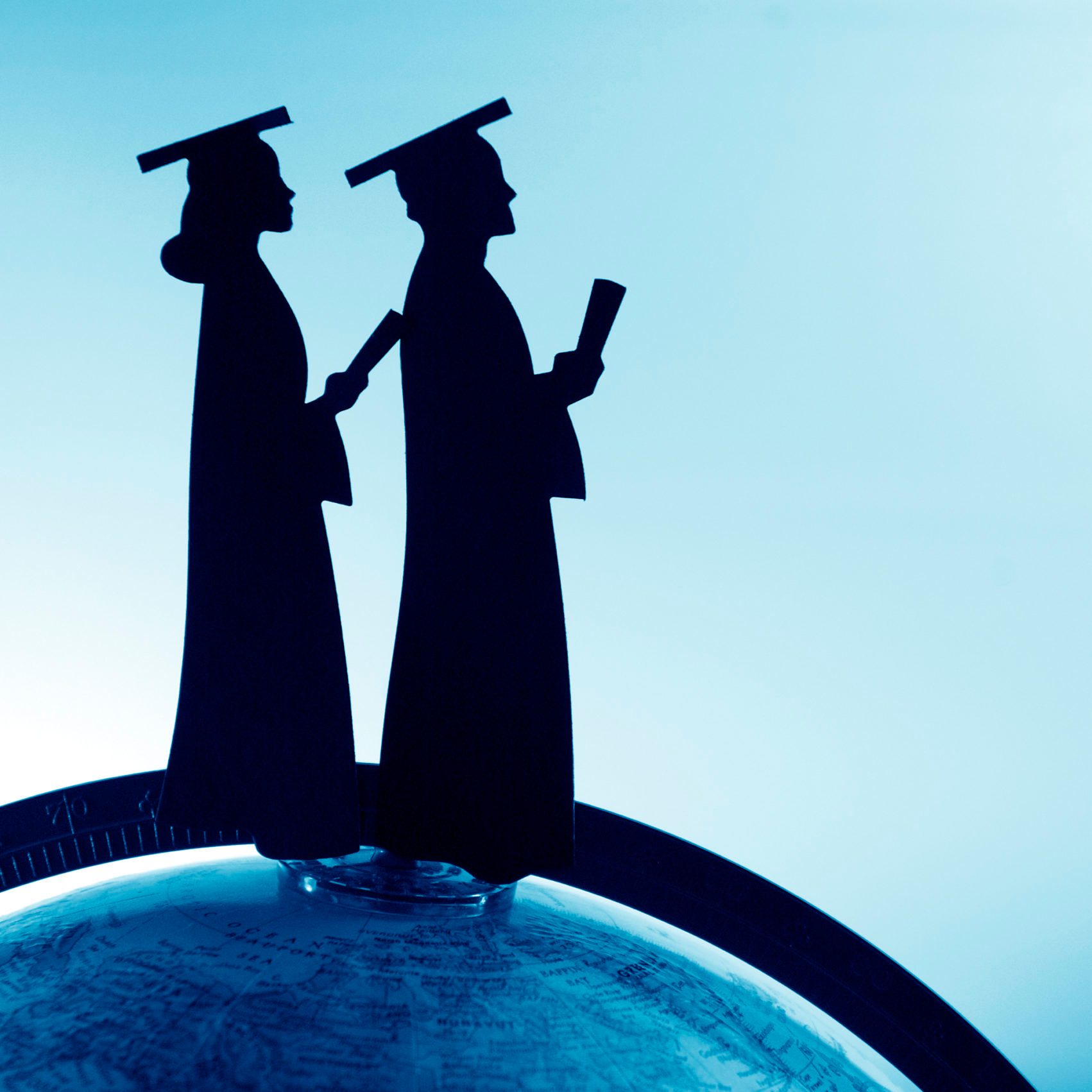 Some men can feel deeply threatened by a woman's hard-earned accomplishments, but that doesn't diminish them in any way.

As an adjunct professor who cobbles an income together from a variety of sources, much of my academic work (including grading papers) happens on the weekends. This past Saturday, I began my day with a quick Twitter check-in, and immediately noticed that "Dr. Jill Biden" was trending. Without any context, I was thrilled—jumping to the conclusion that she must have done or said something impactful, and being particularly pleased that people were using her proper title as they discussed it. Then I clicked on the hashtag.

This brought me to Joseph Epstein's now-infamous op-ed, published in the Wall Street Journal the previous evening, in which he argued that Jill Biden, EdD should drop her "Dr." title, referring to it as feeling "fraudulent, even comic" because she is not an MD. The blowback was swift—particularly from women in academia, many of whom shared their own stories about having to fight to be taken seriously in a professional setting and who regularly use their hard-earned "Dr." title as evidence of their qualifications.

It's infuriating that this bias is so deeply ingrained in our academic and professional culture—and, like most things, disproportionately affects women of color, and transgender and non-binary people—that we have to rely on honorifics to be taken seriously. But, as Epstein makes abundantly clear, that's still where we are in 2020—it's just one of the ways women still aren't equal to men.

I read that op-ed so you didn't have to

If you're fortunate enough not to have read Epstein's piece, "Is There a Doctor in the White House? Not if You Need an MD," I'll bring you up to speed. He opens by referring to Dr. Biden as "Madame First Lady—Mrs. Biden—Jill—kiddo," wasting no time undermining her as an adult woman, and using titles for her that he's far more comfortable with: namely, those that tie her identity to her husband instead of her own accomplishments. And, for good measure, he insults Dr. Biden's doctoral research on student retention in community colleges, calling it "unpromising."

To his credit, Epstein does acknowledge that Dr. Biden has her EdD (a doctorate in education) but then spends more than 700 words making the frankly baffling case as to why a woman (or at least this particular woman) shouldn't use a title that she has rightfully earned. Epstein attempts to support his argument using three points: (1) that Dr. Biden is not a medical doctor (though she never claimed to be one); (2) that getting a doctorate these days is significantly easier than it was historically; and (3) that honorary doctorates are meaningless (which is completely irrelevant here as hers was earned).

Given that I defended my doctoral thesis in the 21st century, I'm unable to speak from experience regarding what the process looked like in the good old days when the closest most women could get to the upper echelons of academia was being the secretary who sits outside the examination room with a pitcher of water, waiting for a candidate to faint. But also, neither can Epstein, who hasn't completed or defended a doctorate in any century.

Who has a rightful claim to a title?

In 2020, we shouldn't have to explain why it's not up to a man (or anyone, for that matter) to determine who is worthy of using different honorifics, but sadly, that doesn't appear to be the case. As a refresher: when a person—regardless of gender identity or expression—successfully completes a doctoral program (including those resulting in a PhD, EdD, PsyD, etc.), in addition to years of earned knowledge, they get a piece of paper saying that they've obtained the highest academic degree in their field, as well as the option to use the title of "Dr." for the rest of their lives. If that seems pretty straightforward, that's because it is.

There are some people, however, who, like Epstein, believe that the Dr. title should be reserved exclusively for those who have earned an MD. But, as many were quick to point out following his op-ed—including Merriam-Webster, widely considered an authority on word usage—it is appropriate and accurate for both qualified academics and medical practitioners to claim it. So why is Epstein so upset that Dr. Biden has the audacity to use a title that she earned? Once again, systemic misogyny is at least partially to thank.

The onus is on women to prove we belong

Shortly after I began my first academic position post-PhD, the head of my department overheard me telling students that they could call me by my first name. Speaking from more than four decades of experience in academia, she told me I may want to rethink that policy and use my Dr. title. She explained that as women, we're tasked with constantly having to assert our qualifications, proving that we deserve a spot at the table as much as men with the same—and frequently less—experience do.

Regardless of how hard we've worked or what we've actually achieved, women start their careers up against the societal perception that we don't know or aren't capable of understanding as much as our male colleagues; this burden is far more significant for women of color. Of course, it goes without saying that you don't—and shouldn't—need a Dr. title to be taken seriously, but those of us with the highest degree in our field routinely have to put the time and effort into making sure people (usually, men) know that we're as competent as our male counterparts with the same fancy piece of paper.

This is a system from which Epstein likely benefited, including spending 30 years teaching at Northwestern University without an advanced degree. (On Saturday, the university released a statement distancing the institution from Epstein, and noting that he hasn't been a lecturer there since 2003.) While this wasn't unusual when he began his career, the process of snagging an academic job today would be largely unrecognizable to Epstein, given the qualifications required for even the lowest-paid adjunct positions without benefits. No, that didn't mean any White man could waltz into a university and get an immediate offer for a tenure-track position based solely on professional experience. But they also weren't up against many of the biases that women with both professional and academic qualifications face today.

It makes sense why Epstein would be deeply threatened by women like Dr. Biden, and believe her title "feels fraudulent." After all, she earned the right to call herself "Dr." the sneaky way: putting in years of hard work.

Now, take a look at these moments that changed women's history forever.

Before You Question What to Call a Woman with a Doctorate, Read This, Source:https://www.rd.com/article/what-to-call-a-woman-with-a-doctorate/